How Do Number Plates Work?

So how do number plates work?! It can seem pretty confusing as to how the whole system operates, as there seems to be such a wide variety of letters and numbers used in every plate! Here we will break down the structure of number plates so you can gain a better understanding of how they all work.

Use the image above to see which section means what!

These first two letters show where the vehicle was registered (geographically). For example, if your car was registered in London, your plate will start with anything from LA-LY. Most regions of England have their own letter codes, and Scotland starts with an S, and for Wales a C (for Cymru) is used.

The third and fourth digits tell the age of the vehicle, and are changed every 6 months in March and September. The March codes follow the year of registration (for example a car registered between March and August 2018 will have the number ‘18’). For September – February, it’s simply the year plus 50 (for example a car registered from September 2018 until February 2019 will have the number 68.

The final three letters are randomly picked and allocated to a dealership upon registration. Dealers are often allocated batches of registration numbers by the DVLA, and then given a new batch when they’ve used up that batch…

The letters I and Q aren’t used, as well as combinations that could be considered offensive!

OUR PARTNERS
USEFUL LINKS
OUR CHARITY 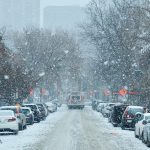 How To Prepare Your Car For WinterMotoring